Greetings! Today was my first day of school. I’m officially a sophomore in high school! I’m really disappointed that summer is over, especially since I only got 15 days of real summer break. I ended up spending most of my summer months finishing my omnibus classes.

I got back from California a little less than a week ago! I had a great time. 🙂 These are my favorite pictures I took.

I finally got a good picture of the moon!

This would’ve been better if I used a tripod. Sadly I forgot to bring it on the trip. 😦

A farther away picture so you can see the lights of the city beneath.

Fun fact: when I was little I wanted to be a surfer. I was inspired by that one Barbie movie. xD

Now for a bunch of pictures from the mountains. We figured out once we got there that it was supposed to be an intermediate to advanced trail. My family wouldn’t even qualify as beginners. But my parents insisted that we would be fine.

Fast forward about fifteen minutes later. We got to where we could see the waterfall in the distance… but the challenge was getting there. My family thought that the rugged mountainside covered with loose rocks and tangled bushes was the way to go. I didn’t want to go at all, but my parents didn’t want me staying alone.

So we stumbled down toward the waterfall, nearly tripping on the uneven ground and falling to our deaths. We had to squeeze our way between huge bushes swarming with bees. I am terrified of bees. I freaked out so much I couldn’t continue, so I stood alone hyperventilating in the middle of the valley, hiding in my sweatshirt so I wouldn’t be killed. The sun was also shining, and I’d gotten badly sunburned the day before. So I felt like I was being roasted over a fire at the same time I was panicking because I was surrounded by bees. There was literally no way out but to plunge straight through a swarm.

Twenty or so minutes later, I worked up the courage to escape. I gritted my teeth, clenched my fists, and charged through. I made it out alive! I hurriedly climbed back to the path and was content to hang out there. But then my mom called for me and said she found the real path… of course only after I’d been thoroughly traumatized. A few minutes later, I arrived at the waterfall. It was really gorgeous, but I think I would’ve enjoyed it more if I wasn’t so miserable from the sunburns and bees.

The picture above is my favorite!!

This was in San Diego. Doesn’t the sky look cool? You can see it’s bright in the distance, but the bay is darker. That caught my attention when I looked off the balcony, so I grabbed the camera for some photos.

I really wish this photo would’ve been clearer. But the clouds and sunset still look amazing!

That concludes this year’s California photography! We’re thinking of going somewhere new next year. Personally, my vote is Canada. 😉 But my second choice would be Silverton, Colorado, where my book takes place.

I hope you enjoyed this post. 🙂 Have a fantastic rest of your summer!

Did you go anywhere fun this summer? Have you started school yet?

Mya Gray is a Christian teen with a love for imaginary worlds and fictional characters. While she spends the majority of her free time reading and writing stories, she also enjoys photography, blogging, and playing piano. Mya is an online high school student who resides in the Midwest with her parents, younger siblings, and cats. View all posts by Mya Gray 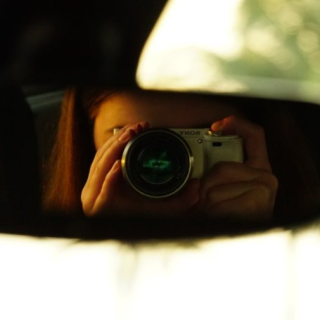